I-35 and 19th Street Interchange

In partnership with the City of Kearney, MoDOT will construct a new interchange on I-35 at 19th Street (144th Street) approximately 1 mile south of Route 92.  The new interchange will cross over I-35 and will include ramps to/from I-35. The improvements will also include bike lanes and accommodate pedestrians with trail and sidewalk.

In addition, the project will also feature two separate roundabouts. One will be constructed at the Watson Drive intersection, and the other will be at the future site of the Sam Barr Road intersection.

The new interchange will help connect the west and east side of the City of Kearney by providing additional access across I-35.  It will also help promote economic development, reduce the travel time and congestion for commuters and provide safer non-motorized transportation options.

The project is currently estimated to be $27 Million.  It is jointly funded by MoDOT and the City of Kearney. Check out these photos of construction of the I-35 and 19th Street Interchange in Kearney. 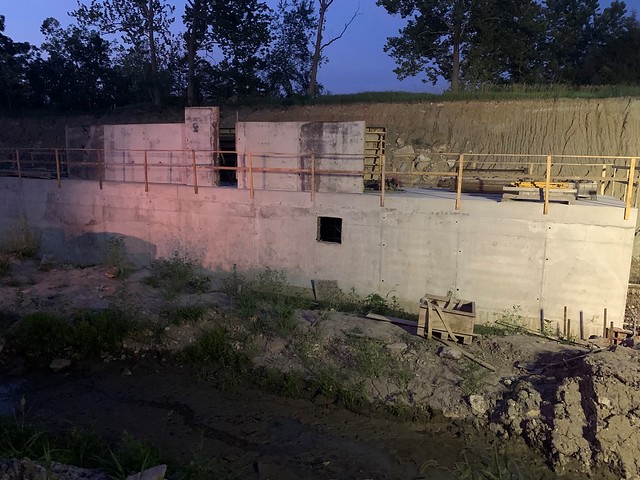